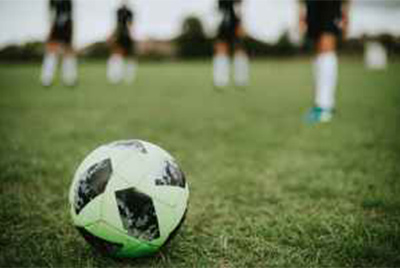 The team now has a record of 6-2-1 and are first in their district.

The girls defeated Manatee High School Tuesday night 1-0. Sophomore Natalia Kassner solidified an incoming cross, placing the ball in the back of the net during the first half of the game.

During the second half, tensions rose as the Hurricanes were desperate to tie the game. After much yelling and a goalkeeper collision, the Mustangs eventually held them off.

The team plays St. Stephens next at 6:00 on Dec. 13 at home. Falcons Head Coach Guy Virgilio, previously Mustang Girls Soccer coach for 19 years, will be returning to the Mustang home field.

“We have played his team before, but not on Mustang soil. It will be odd to see him on the sideline of the opponent’s bench, considering he was just on our side two years ago,” said junior Madison Smith.

The Mustangs played the Falcons earlier in the season at St. Stephens and won 2-0.

Head Coach Delaney Riggins said, “I think we played well last time we played them, but we definitely had room for improvement. The girls have been working hard, so I’m excited to see how the game will turn out”.

Even though the team lost nine seniors in the past season; the girls are working together very well for being considered a “new” team.

“Our team is basically a mix of talented upper and lower classmen now. It helps us bond more and all work together, respecting everyone’s ideas,” said senior Josie Curtis.