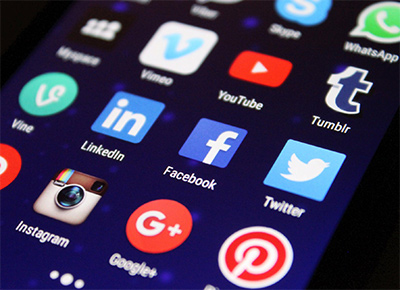 (LAKEWOOD RANCH, FL)- When Myspace first came out in 2003 no one expected social media to take off the way it has. Social media, which started out as a fun way to communicate with friends has turned into a place where students can get into serious trouble.

Used in the right way, social media can be used to interact with friends and family. It is also a place for networking after college for things like internships or job opportunities.

Senior Isabella Gomez said, “I use it to stay in touch with my friends and family. It is also fun to see what your family from different parts of the world are doing.”

While social media can be a good thing, on the contrary it can be used in the wrong way. Some students don’t think twice about posting or typing a post that is hateful.  They may not even realize how much trouble they could get in.

During class meetings in the beginning of each year, LRHS tries to warn students about the use of technology, but it doesn’t get through to everyone.

LRHS discipline dean Thomas Bellantonio said, “The most important thing is educating the students on the consequences of saying malicious or untruthful words.”

Bellantonio said, “As a dean, I have experienced instances of online bullying in which I have to investigate claims of cyber bullying. All accusations are taken seriously and investigated.”

Negative use of social media can also end up with students in serious legal trouble.

Guardian Louis Cruz said, “When a student makes a threat to a school or students, it can get as serious as getting criminal charges and have to face a judge.”

Authorities say students must think twice about what they are posting on the internet because once it’s out there, it’s there forever.